Clouds tugs at the heartstrings 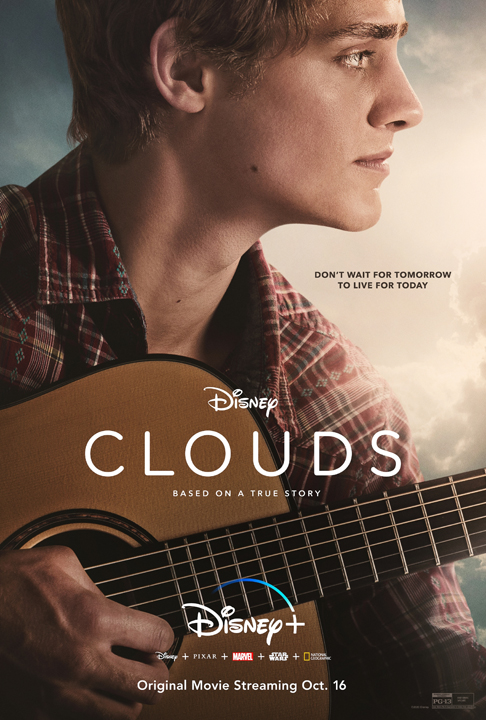 Zach Sobiech is a seventeen-year-old senior who has special music talent and likes to live life to the fullest despite the cancer he was diagnosed with at 14 and the treatments he undergoes in an effort to save his life. A few weeks into his senior year, while his friends are working on college application essays, Zach is dealing with the news that his cancer has spread and is no longer treatable; he has only six months left to live. With his last few months of life, Zach and his best friend Sammy decide to fulfill a dream and make an album together. Zach’s condition begins to worsen and he discovers that his best way to say goodbye is by making music. He then writes “Clouds,” which later becomes a big hit.

Disney plus brought viewers a new film based on true events with the release of Clouds last month. It stars Fin Argus (Zach) and Sabrina Carpenter (Sammy Brown).

Clouds is an amazing film for family and friends to watch. It has an amazing storyline that will bring viewers to tears. I would recommend it to anyone who likes teen drama or wants a good cry.