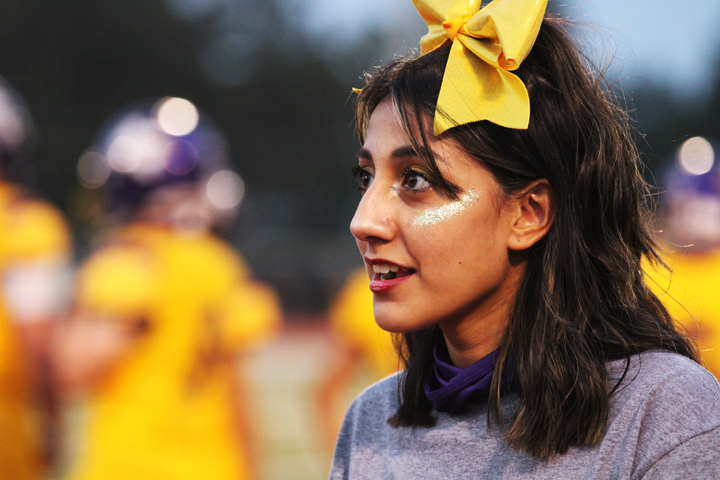 Going into high school is not always easy, especially when you are very shy. However, freshman Amy Sanchez is managing to make her way.

“At first, just the thought of going to school scared me and made me nervous,” Sanchez said. “I do not like trying new things, but as the days went by, high school was better than what I expected.”

At school, Amy keeps herself busy in cheer, cross country, basketball and theatre. When she is not occupied in these events, she spends her time making Tiktoks.

“As ironic as it sounds, theatre is actually my favorite class,” Sanchez said. “Even though I hate performing in front of people, I still like it because it’s sort of my zone.”

Amy’s style and creative outfits bring attention. As much as she enjoys dressing up, though, the thing that makes Amy the happiest is music. She says that listening to music is a way where she is able to find herself.

“Music is a way where I am able to find myself and also connect with other people in different ways,” Sanchez said. “I always find myself listening.”

Some of her hobbies consist of singing, dancing, baking and gymnastics.

“Amy is seriously an amazing singer; it’s almost angelic,” junior Jazlynn Early said. “She really just makes everyone want to listen. The cheerleaders literally always ask her to sing a song for us.”

Amy has different plans than most students have after high school. She plans to move to Los Angeles and become an influencer and hopefully change the world.

“LA looks like such an amazing and beautiful place,” Sanchez said. “When I move there, I hope to start changing the world in a positive way. Even if it is in the smallest way possible.”