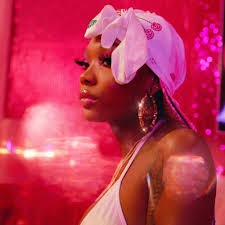 Summer Walker, a 23-year-old talented singer and songwriter released her new album on October 4, 2019: Over it. The album comes with 17 songs and only two pre-released songs.

The album’s songs showcase real-live love and heartbreak. Walker is heartbroken and unsure, angry, devastated, and defeated. Her emotions burst through, leaving the listener wrapped in multiple layers of emotions and feelings.

Walker made it big-time on the Billboard 200 albums chart with her first studio album. Over it logs the biggest week for an R&B album by a female artist in more than three years. Walker’s album earned top 25-charting hits on the Hot R&B Songs chart.

I am a very big supporter of Summer Walker, and this album was amazing. A lot of people may relate to some of her songs, especially females. They may be a little emotionally mature for anyone under 13, but her songs are spot-on for most.