There’s an app for that … 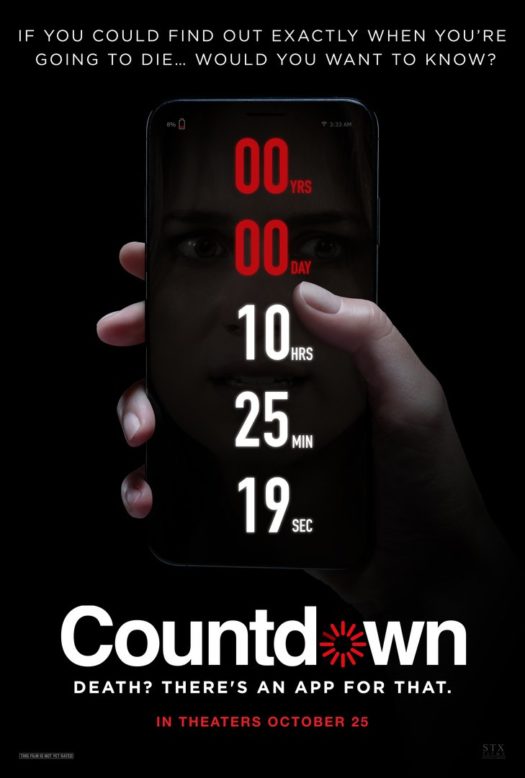 Death? There is an app for that

A horror/thriller film, Countdown, is about an app where an individual finds out the exact moment they die.

The app is stumbled upon by a group of college kids, and as they open the app they find that one of them is scheduled to die in just a couple of hours. Throughout the first scene, the college student does everything to avoid any dangers by not getting in the car with her intoxicated boyfriend driving, but she still ends up dead.

The app throughout the movie spreads like wildfire until Quinn Harris (Elizabeth Lail) a nurse figures out that the app tells everyone when their time is up and later realized she only has three days to live. Quinn, along with her younger sister (Talitha Eliana Batemen) and another friend Matt (Jordan Calloway) race against time to get to the bottom of the app and how to stop it.

The biggest issue with the movie is the great amount of violence since most of the characters are bound to die; profanity is used heavily throughout the movie. The movie is significant to our generation, though, because it is based on how easy it is to get pressured into doing something you don’t want to do: downloading an app.