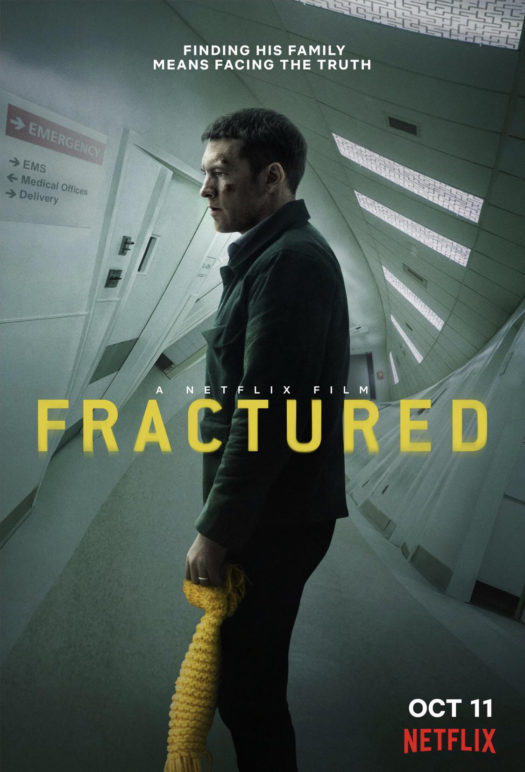 After visiting family for Thanksgiving, a father, mother, and daughter take a quick stop at a gas station. While they are there, an accident occurs and they are quickly rushed to the closest hospital. Later, mother and daughter end up disappearing in the emergency room and the father quickly becomes convinced that the hospital is hiding something.

Fractured was released on Netflix on September 22, 2019. This film is listed under the genres of mystery and thriller. It was directed by Brad Anderson and produced by Paul Schiff, Neal Edestein, and Mike Macarci. The main actor was Sam Worthington who has been in many other movies. According to other reviews about more than 80% liked this movie.

In my opinion, I think this movie was very interesting, especially the plot twist in the end. It was a little confusing in spots, which made it hard to understand in spots, but overall I enjoyed this movie and I would recommend it to anyone who likes suspense and mystery.