Our country deserves the truth 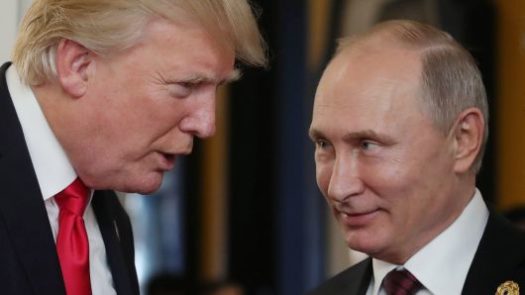 The studies, based on information from social media platforms, confirm longstanding suspicions by the committee that Russia deliberately spread misinformation.

Despite the findings, Trump continues to label the Muller investigation a “witch hunt.” Trump’s failure to take Russia’s meddling in our election seriously, or to take any action to prevent the same thing from happening in the 2020 election is unsurprising — Russia’s misinformation campaign was overwhelmingly pro-Trump.

Social media platforms have responded with promises to use algorithms to filter out fake news. This isn’t enough. Algorithms aren’t perfect, and Russia will find a way to keep their posts under the radar.

The only solution to Russian meddling is meaningful executive action, in the form of sanctions against Russia. Russia will listen when they are hurt where it matters most — their wallet.

Unless Russia’s actions in the 2016 elections are meaningfully addressed by the Trump administration, the results of the 2020 election will be distorted. We need to protect our democracy, and that starts with protecting our elections.