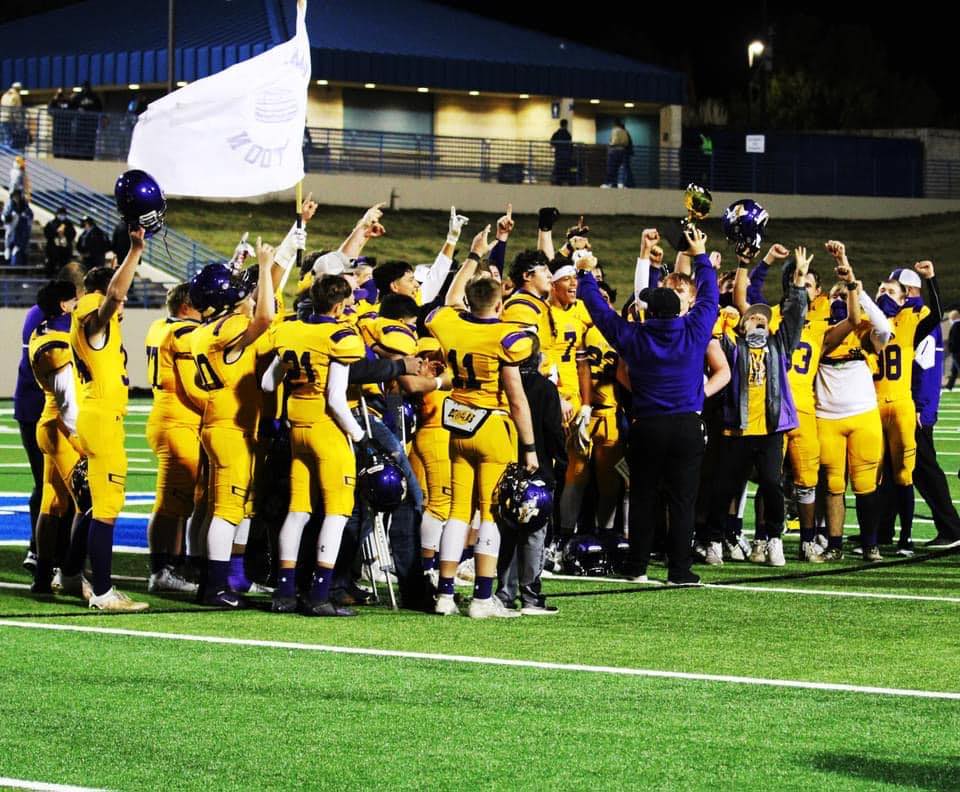 ▲
The Bison celebrate their historic win after the trophy presentation.
menefee

▲
The Bison celebrate their historic win after the trophy presentation.
menefee

The Bison defeated the Roger Eagles again in the third round of playoffs to make school history for the most successful playoff run ever.

“I’m nervous and excited because we’ve never made it this far,” senior Benito Avila said. “We’ve lost to Franklin before but we’ve been working really hard so I’m feeling confident.”

After Buffalo kicked off to Rogers in the first quarter, both teams struggled to make any progress, but with only one minute on the clock, the Bison scored a field goal and led 3-0.

“No one made any points in the first quarter, but I kept cheering for our team,” junior Addison Lathrop said. “I knew they were going to score at some point.”

The real excitement started in the second quarter when the Bison intercepted a Rogers pass and made a touchdown; but the Eagles also scored, followed by another touchdown towards the end of the quarter. With under a minute left, the Bison scored and then intercepted the ball again.

“Each team started scoring all of a sudden, but Buffalo was stronger and it helped them lead the game,” Kayla Saenz said.

At the start of the third quarter, Buffalo kicked off to Rogers. Soon after, a pass was completed for a touchdown by the Bison, followed by a rushing touchdown by the Eagles. The quarter ended with a touchdown from both teams, leaving the score 31-28.

“We were so close to the end, and I knew we had to work harder than were to win this round,” junior Koleton Latham said. “We couldn’t let up at all.”

The Bison completed a touchdown pass but missed the PAT in the fourth quarter. Then, the Eagles scored another touchdown, but the Bison still came up on top with a score of 37-35.

“We are so proud of the boys and how far they’ve come,” senior Betsy Martinez said. “I hope we can make it farther into the playoffs.”