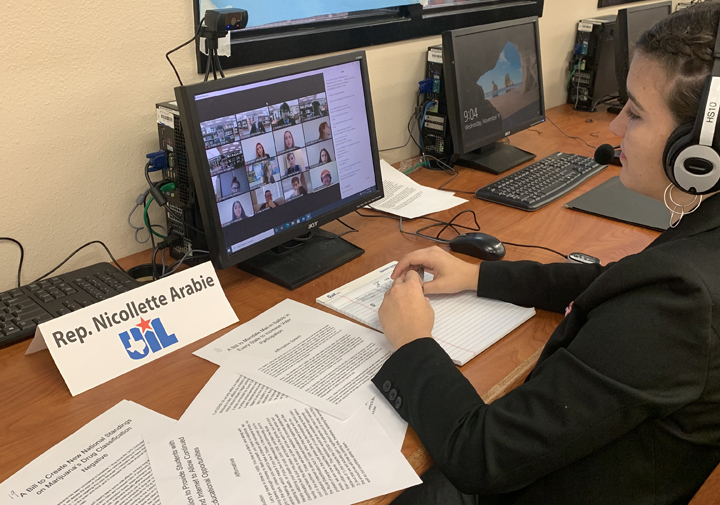 Due to the pandemic, the debate team was introduced this fall to a new “normal” in competition – virtual. The team has been accustomed to early mornings and long hours in the school Suburban to attend competitions, but this year has had to adjust to a short drive to the high school, Zoom rooms and worrisome Internet connections.

Regional Congress competition last week was no different. The students geared up with headsets and webcams to compete against other students in Region 6.

“We got into the zoom meetings without any difficulties but there were people who were having issues with their internet and logging in,” senior Kyle Hurst said. “I took the time to prepare and look over what I was going to say, I think we all had a good day despite the struggles.”

Several of the students competing had taken part in earlier meets this fall, giving them a chance to get used to the new debate norm.

“By this point, debating or any sort of competing has started to feel natural and along with the competitions I don’t feel as pressured as I did before,” freshman Nicollette Arabie said. “I think it would be much easier to compete in-person, though.”

“I was really proud because it was my second year competing in Congress and I wanted to improve my rank,” Almeida said. “State competition is adjusting in hopes that we can compete in-person. I hope that we are able to.”