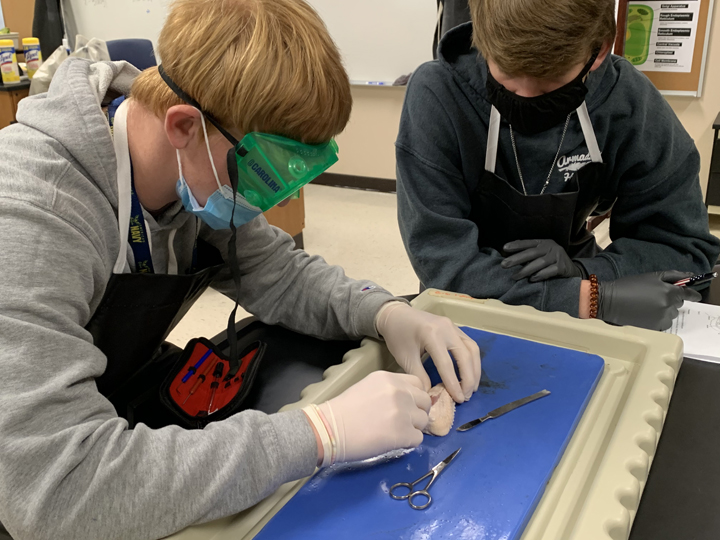 Science teacher Megan McMullen introduced her students to chicken wings – but not as a tasty snack. Instead, as an introductory dissection lab, her animal science class dissected chicken wings.

“The purpose of this lab was for students to understand and see how the skeletal and muscular systems work together to move the wing of the chicken,” McMullen said. “The students stayed on topic and utilized lab time to successfully accomplish the lab.”

Students worked in teams so that one person could read the instructions while the other dissected.

“Dissecting a chicken wing was weird but cool,” junior Madison Walker said. “It was one of the most interesting labs I’ve ever done.”

According to McMullen, the lab went smoothly, without any problems or mistakes.

“I would definitely do this lab again,” McMullen said. “It’s a fairly easy lab and I think the students enjoyed doing it.”