Picture of the Week: October 26 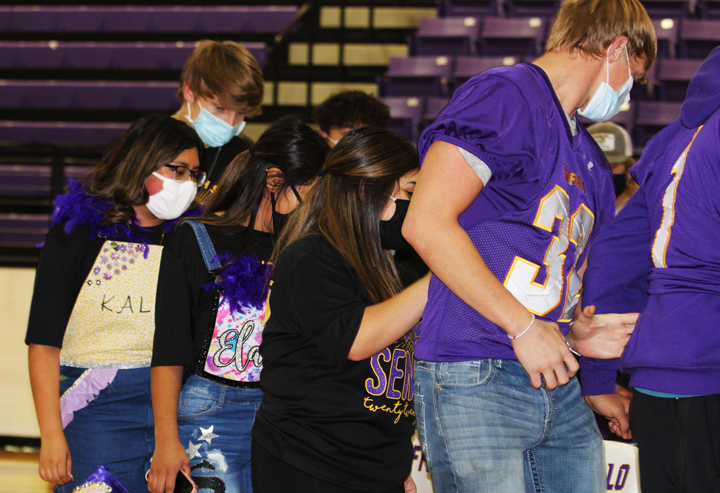 ▲
Seniors creep around the circle of chairs as they wait for the music to stop.

▲
Seniors creep around the circle of chairs as they wait for the music to stop.

The sound of the music begins, and seniors march to the beat of the music as they circled the chairs. Movements were precise and calculated. Once the music stopped, however, all semblance of calm was over.  Seniors immediately rushed to finding empty seats,  pushing and shoving and diving in a bid to move on to the next round.

After the hallway pep rally last Friday, seniors were given 15 minutes to play musical chairs and have their “senior moment.” There were a total of 40 seniors playing at the beginning of the game.

“At first, I didn’t think it would be that fun but at the end, I really got into it,” senior Alexandra Guevara said. “I know it wasn’t the senior moment we all pictured but we made the best of it.”

As the game continued, seats were taken away from the circle and some players lost. At the end, six seniors battled against each other for one chair. The winner was senior Eric Beshears.

“It was a fun quick little game for the senior class to experience together,“ Beshears said. “It felt good when I took the last chair because I’m really competitive and I don’t like to lose.”