A Project for Better Journalism chapter
The Bison Beat​
@ the movies, reviews, showcase 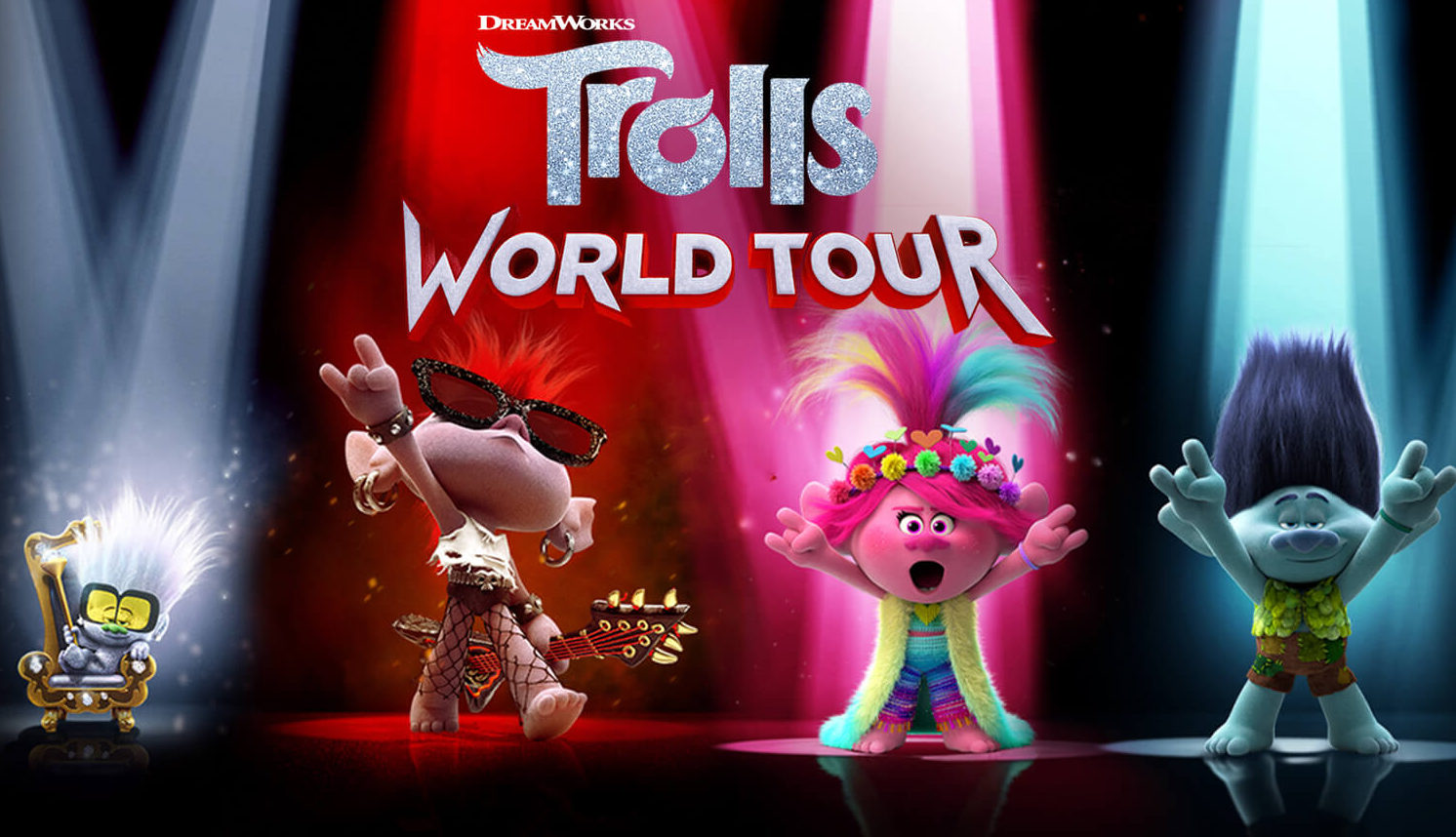 It took less than one month for the coronavirus pandemic to single-handedly wipe out moviegoing in the United States, closing theaters and forcing studios to let go of long-held release dates. Trolls World Tour bucked the trend, though, becoming the first studio feature to skip the theatre and release entirely via VOD. At a time when families find themselves stuck at home, the movie is a needed shot of light and fun.

Anna Kendrick and Justin Timberlake return to DreamWorks Animation for the sequel. Trolls World Tour is an adventure that will take them far beyond what they knew before: Poppy (Kendrick) and Branch (Timberlake) discover that they are just one of six different Troll tribes spread around six different lands. Each land is devoted to six different styles of music: funk, country, techno, classical, rock, and rock.

According to Poppy’s father, King Peppy, “In ancient times, the Trolls lived in harmony until they became intolerant of each other’s music,” but as Poppy meets other Trolls during her musical adventure, she learns that what her father told her is not quite the full story. Her journey leads her to discover what it takes to become a better leader and a better friend.

Although this is a PG family movie, it’s honestly a fun and happy movie that I enjoyed watching. They had catchy songs from Justin Timberlake, SZA, Kelly Clarkson, Mary J. Blige, and many more. The movie contained humor and entertaining dance numbers. Trolls World Tour is an essential film that should be on your watch list, especially since we are all in quarantine.