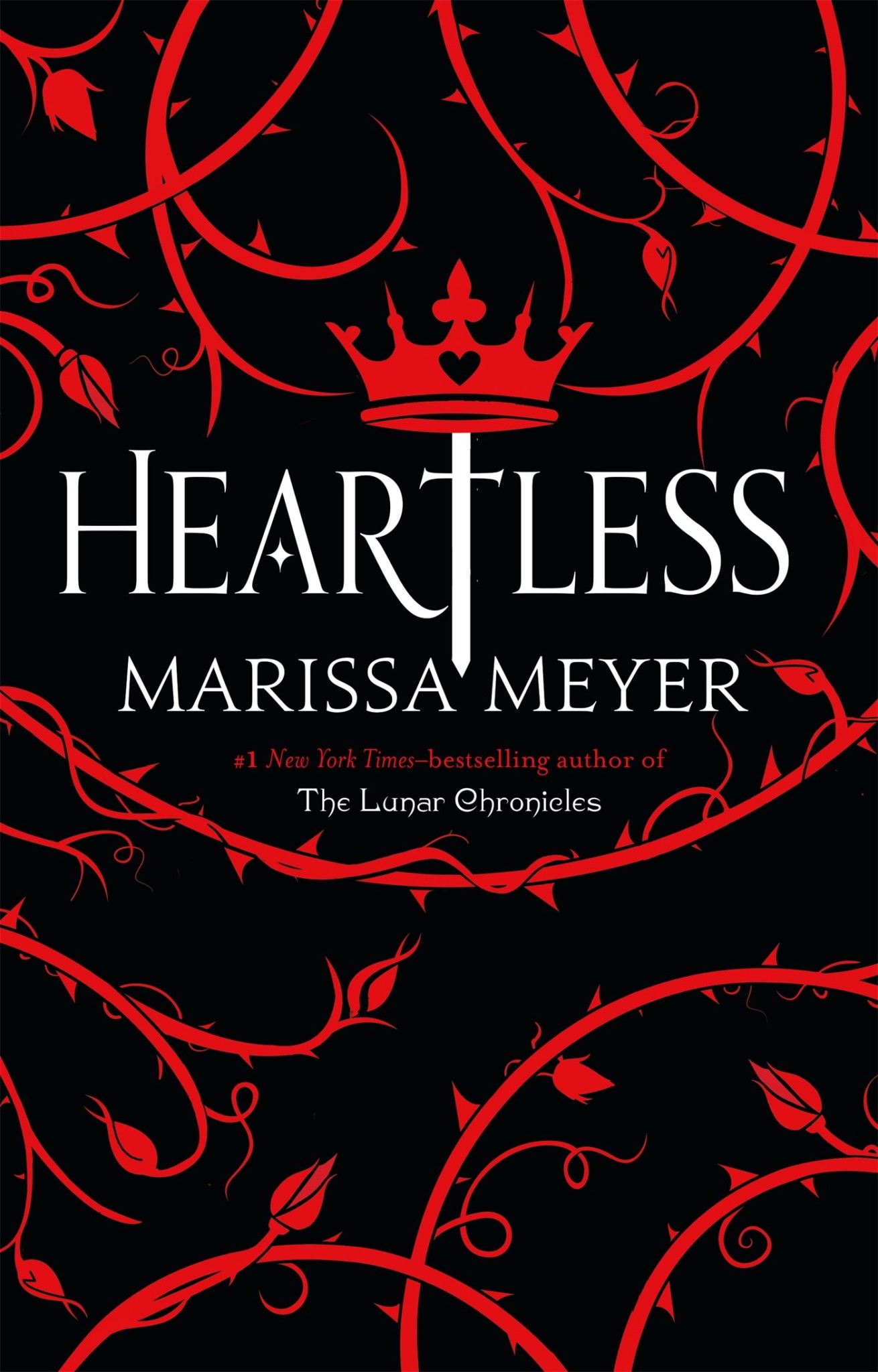 “Long before she was the terror of Wonderland- the infamous Queen of Hearts- she was just a girl who wanted to fall in love.”

Marissa Meyer’s standalone novel Heartless is a beautifully-written, mesmerizing book that is a version of Wonderland that is thriving with untamed madness and is untouched by Alice.

The story follows Catherine Pinkerton, a talented young baker who has captured the attention of the unmarried King of Hearts. All she wants is to open her own shop with her best friend, but she is constantly told that it’s an unthinkable dream for a girl who could become queen. Life gets even more difficult for Catherine when she meets Jest, the mysterious and handsome court jester. The two fall for each other and enter a passionate, secret courtship, risking offending the king and upsetting her parents. Catherine tries to live life on her own terms, but in a land of magic, monsters, and mystery, things don’t go according to plan.

Heartless is a tragic, fantastical novel that will have readers enchanted with the magical world known for its hatters, heroes, and Jabberwockies. Meyers captures the mystical essence that accompanies original fairytales and provides a unique and spellbinding origin story for the feared Queen of Hearts.

Anyone who has read Meyer’s Lunar Chronicles knows that the bestselling author is the queen of twisting fairytales, and Heartless exceeds expectations. My only complaint is that there won’t be a sequel. Meyer ends the book in a way that makes the reader feel like it’s not truly the end, but unfortunately, Heartless is not a series.

All in all, I would highly recommend Heartless to anyone who has a fascination for fairytales. People of all ages could read this novel, although its target audience is teenagers and young adults.