Maleficent is no children’s fairy tale 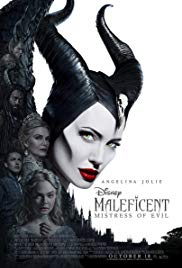 Prince Philip has proposed to Maleficent’s goddaughter, Aurora. Maleficent and Aurora travel to the grand old castle to celebrate for the upcoming wedding of the prince and Aurora. While there, she meets Aurora’s future mother in law, the queen. The queen is not as nice as she looks, she has made a secret plan to destroy the lands of the fairies. Hoping to end this, Maleficent soon joins forces with a warrior and a group of outcasts to battle the queen and her army.

Maleficent: Mistress of Evil was released on October 18. It made 480.7 million dollars at the box office. The film was directed by Joachim Rønning and written by Linda Woolverton, Micah Fitzerman-Blue, and Noah Harpster.

There is a tremendous amount of death and destruction, meaning that this fairy tale is not one that is child-friendly. For those old enough to handle it, though, that same death and destruction mean that this movie brings a punch of action and adventure to the screen. The costumes and art direction are spot-on, making this a movie that is beautiful to look at and experience. The storyline itself isn’t breathtaking, but the pure visuals on the screen make up for that shortcoming. This movie is entertaining and fascinating and definitely worth a watch.