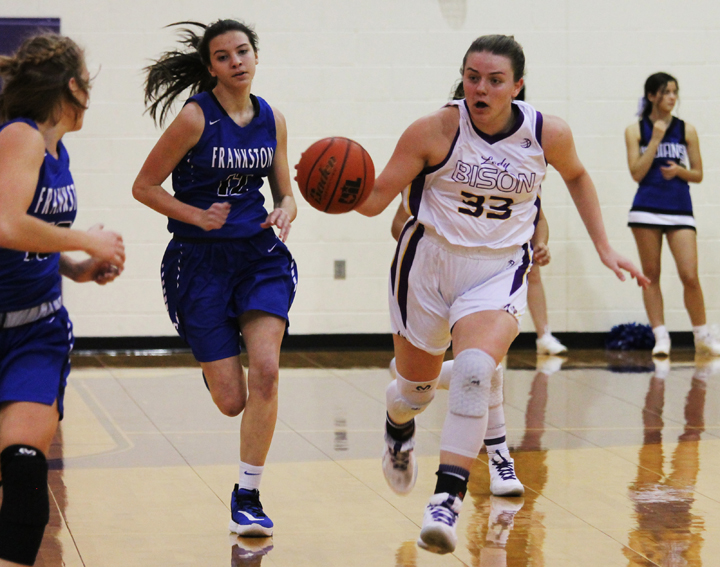 ▲
Senior Mollie Dittmar takes the ball down the court in a district game.
menefee

▲
Senior Mollie Dittmar takes the ball down the court in a district game.
menefee

To keep their season going the Lady Bison played the Rogers Lady Eagles and won the Bi-District championship with a score of 39-37. For round two, the team’s season came to an end when the Lady Bison went up against the Maypearl Lady Panthers for the area championship and fell short 37-43.

Throughout the season they focused on making it to play-offs and getting better. Every practice was to learn new things about the sport.

“This season every practice was a learning experience,” freshman Abby Brewer said. “I’ve played since I was little and I learned new things every single day.”

Every year athletes learn something new, grow bonds with their teammates, and become physically and mentally tougher. This was especially true for the Lady Bison this season, with only seven players on the bench.

“I tried focusing on helping the girl’s become tougher mentally and physically,” coach Dustin Bates said. “Having only seven on a team you have to be tougher in tough times, and I believe that is how we won most games. We were tougher than the other team.”

“When I saw the stands and all the signs and purple and screaming and cheering, I felt so on top of the world,” freshman Alison Bing said. “I felt like the community had our back through it all.”