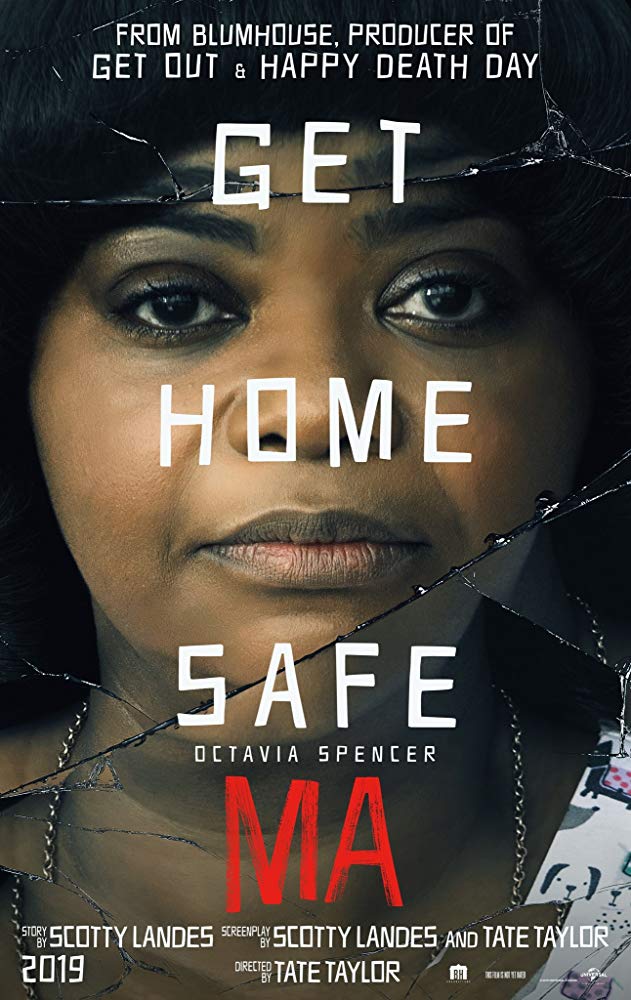 A mysterious yet scary story, Ma is a Thriller/Psychological horror film released on May 31. This film is about an elder lady who was quite lonely and working for a vet when she becomes friends with a group of teens.

This movie was a mixture of happiness and horror. After working at a vet for years for an ungrateful lady, Ma, (Octavia Spencer) meets a group of teens that attend her hometown’s high school. She begins to insert herself into their lives, buying them alcohol and eventually throwing huge parties at her house. When she starts to crop up at school, though, the teens start to grow leery. As they distance themselves, Ma’s memories of her unhappy high school years come to the surface.

Ma was nominated for the Campy film of the year and Best horror. For all its potential, though, Ma loses a lot to unbelievability. It had the budget and the cast to be so much better. It’s fairly entertaining, though, and there are plenty of jumpscares throughout.