What spreads faster than the Coronavirus? Racism and fear 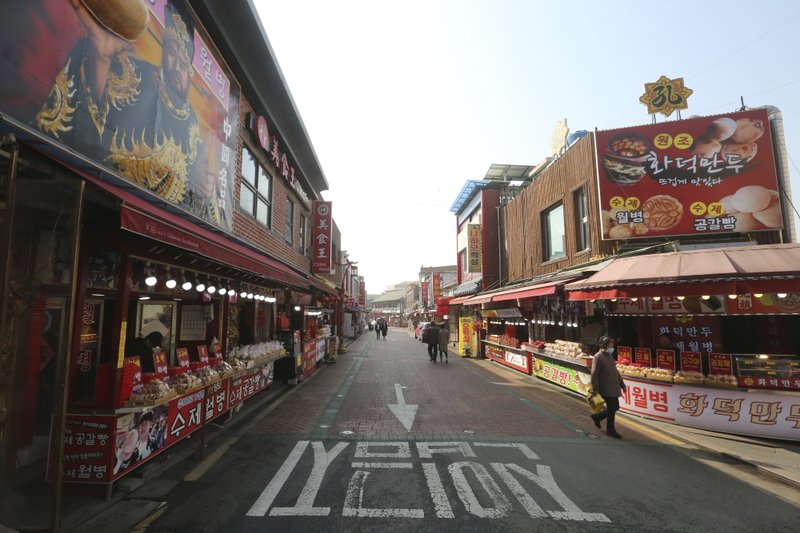 As the number of Coronavirus cases rises — there are currently more than 76,000, and that number shows no signs of slowing — fear is surging forward even faster. Reports tell us that subway cars in Tokyo and Seoul look like hospital wards, with masked commuters afraid of every cough and sneeze. One restaurant owner in a South Korean Chinatown says visitors have dropped by 90%. A rumor that toilet paper and napkins could be used as makeshift masks emptied East Asian store shelves of paper goods.

But it’s not just overseas. In New York City, a woman with a mask was attacked recently by a man calling her diseased before he struck her in the head. A man on a Los Angeles subway pronounced all Chinese people filthy and that all disease comes from China. Asian Americans traveling in Indiana recently were scrutinized and eventually turned down for a hotel room despite having not left the country.

“Fear can do more harm than the virus,” Singapore Prime Minister Lee Hsien Loong said in response to panic buying of toilet paper, canned food and instant noodles after the government raised a risk alert over the new virus. Yet, fear can also cause more harm than it can help.

Businesses are dying. The Lotte Department Store in Seoul closed for several days for disinfection after a Chinese tourist with the virus visited. The store lost about $16.9 million during that time. But this wasn’t an isolated event. A trade fair in Barcelona was canceled. Sony pulled out of a video game conference in Boston over concerns over the virus. At Seoul’s largest traditional market, businesses saw huge drops in sales after an infected person visited the area last month.

With the upcoming Summer Olympics in Tokyo peeking over the horizon, the fears are spreading. No Olympics has ever been canceled or postponed due to anything other than war. To do so for a virus would be unprecedented. While canceling is not currently on the table, there has been an effort to plan for what needs to be done to keep everyone safe, including testing teams for the virus. On the other hand, a number of Olympic qualifying events have either been canceled or relocated. Olympic organizing committees have created a task force to coordinate with national and international health authorities on how to respond to the Covid-19 epidemic.

The fear has also led to lawlessness. In Kobe, Japan, 6,000 surgical masks were reported stolen from a hospital. In Ukraine, several hundred residents fearing infection clashed for hours with police as they blocked a road to a building where more than 70 people evacuated from China were to be quarantined. In Hong Kong, three people with knives robbed a deliveryman outside a supermarket of toilet rolls.

And then there’s the racism. Shops have put up signs banning Chinese and Asians. People of Asian descent who have never been to China or even outside of America have faced hostility. Anti-Asian racism has targeted innocent people eating Asian food on social media, and lies have been spread about Asian businesses. On social media, an image of a man with his tongue out, ogling a woman, highlights the racism. He’s a coronavirus, and she’s “Chinese eating bat soup.” In another viral tweet, an account posted a video of a woman eating bat with the comment, “When you eat bats and bamboo rats and s— and call it a ‘Chinese delicacy,’ why y’all be acting surprised when diseases like #coronavirus appear?”

Fear in the face of a threat is understandable, but fear that allows us to forget both laws and morals so easily shows how simple it would be for societal norms to collapse in the face real danger. With this new virus, something was triggered that is always latently there, under the surface, which is this fear of the other and the idea that bad things come from elsewhere. It also echoes old prejudices.

To combat racism, people in the public eye, including politicians and media outlets, have to begin by uncoupling the disease from its origin point. want to escape the virus fear unscathed? It’s easy. There are two things to remember every morning when you get up: wash your hands and don’t be a racist.