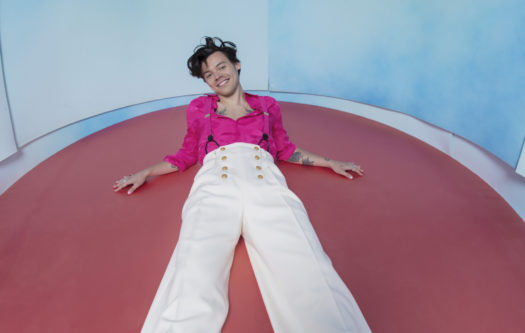 English superstar Harry Styles’s heavily-anticipated second studio album Fine Lines is composed of 12 heart-throbbing tracks that will bring back retro vibes. “Adore you,” “Watermelon Sugar,” and “Light Up” were successful previews that released earlier in the year, but the whole album released on December 13.

The album does not include any collaborations or features. However, it has plenty of diverse melodies and powerful vocals. Fine Lines steers away from the mainstream pop genre and brings a new style to today’s music.

The former One Direction member brings more personality and soul to this album than his previous one. Songs like “Golden” and “Cherry” both contain playful rhythms along with deep lyrics that allow the listener to interpret his songs into their personal lives. Styles experiments with different sounds and instruments in the songs “To Be So Lonely” and “She,” which really adds a sense of individuality unlike anything listeners have heard before.

Overall, the album was unique in every possible way. The lyrics were special and the music gave a passionate feel that not a lot of pop songs can pull off. Each song has at least one great moment to jam out to, and I’m looking forward to listening to his album on repeat.