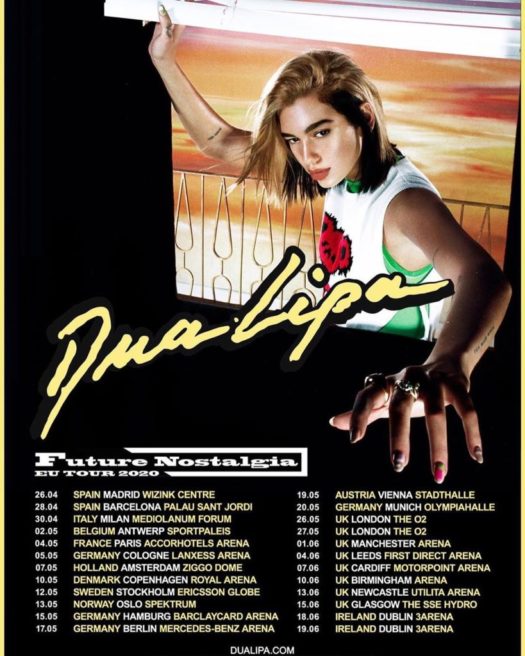 Dua Lipa has managed to break through the barriers that surround the competitive atmosphere of pop music with her new song “Don’t Start Now”, the lead single in her highly anticipated album Future Nostalgia.

Released on November 1, it is clear that “Don’t Start Now” is all about living and moving on after nasty breakups. Lipa is shouting “Beware!” to all exes because she’s “so moved on, it’s scary.”

The English singer, songwriter, and model displays her powerful, expressive vocals with a captivating disco drumline, catchy lyrics, and fun, upbeat tempos. Lipa successfully creates a confident, original hit with biting sass that is bound to have fans dancing and singing along. This hit is the anthem for every heartbroken girl who needs a confident pick-me-up.

Although I had heard some of Lipa’s before, “Don’t Start Now” left me in awe of the singer’s musical abilities. My only complaint about the single is having to wait until 2020 to hear what else Lipa has in store in her upcoming album.

Overall, this song is a stellar bop, perfect for a night of dancing. It tells the tale of moving on and not letting distractions get in the way of closure. Lipa has grown in her music, and it’s clear that she is bound to a pop sensation.

Before her music career, Lipa was a working model until she signed with Warner Music Group in 2015. Since her career first started, she released numerous singles, finally launching herself into stardom with her song “New Rules,” one of her most well-known hits.