“All American” great for football lovers 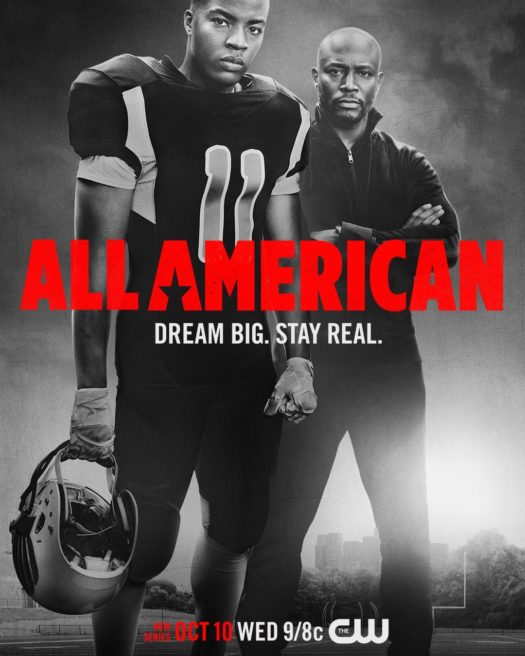 All American, a television series also on Netflix, premiered on October 10, 2018, with a new season premiering this fall. New episodes air Mondays on the CW channel. Season 2 is not yet on Netflix, but will be in 2020.

All American is all about a teenage boy, Spencer James, who is in high school with a dream. James lived and played football in a small town until a coach from Beverly Hills High watches him play and convinces James to play for him. James has problems with friends and family – his dad left him when he was young – but he still manages to be a straight-A student. James dreams of being an All-American football player, but has competition. Not only does he focus on football but he also focuses on his family and friends. Like at any other high school, there’s drama. James is involved in some of this drama but tries to be the mature one and avoid it. James doesn’t know who his dad is so he goes in search of him.

Even if you don’t enjoy football you might enjoy watching this show. It’s not all about football; it’s also about all the drama between James, girls, family and friends. This has been one of the most inspiring shows I have ever seen. Boys who have a passion for football would love this show.