“Angel has Fallen” is worth the watch 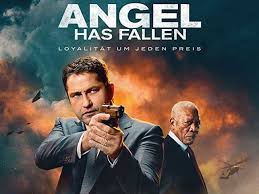 Secret Service Agent Mike Banning, played by Gerad Butler, is accused of an attempted assassination on U.S. President Allan Trumbull. After escaping from his guards and captors, Mike must avoid the FBI and police to find the real threat towards the president. He soon turns into an unlikely ally while trying to clear his name and save the country from danger.

Angel Has Fallen is the third film out of the Fallen series. It was released in theaters on August 23, 2019. It was directed by Ric Roman Waugh and made $133.3 million at the box office. This movie is under the genre of thriller and action, great for those who want to be excited and jump from their seats

Overall, this was one of my favorite movies. It was a very interesting and humorous film. I would highly recommend it to those who want a good action movie, but who also want a good laugh.