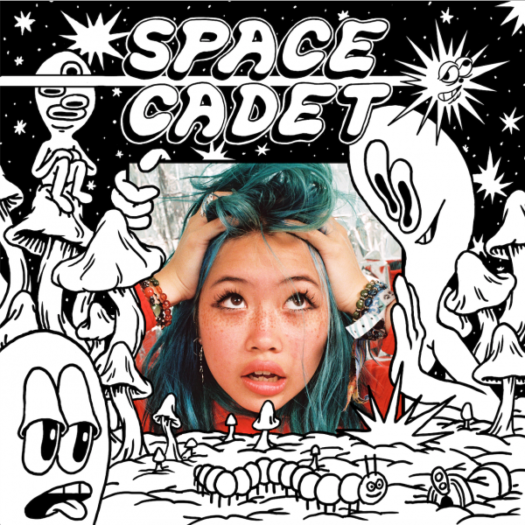 Bea Kristi, better known by her stage name Beabadoobee, takes her fans across her sonic solar system with her new EP, Space Cadet. The 19-year-old indie artist released her new music on Oct. 14, 2019.

The five-song record radiates 90’s grunge vibes, with a modern-day voice. Beabadoobee proudly displays her musical influences in this EP, specifically with one of Space Cadet’s most popular songs, “I Wish I Was Stephen Malkmus.”

Beabadoobee musically rants about her frustration at being misunderstood and the worries that come with reaching adulthood, all while letting her listeners know that it is perfectly okay to not fit in. The London-based musician has enchanted young teens who are looking for vintage sounds with messages and stories that they can relate to.

Space Cadet captures the cool, lazy vibes of autumn. Beabadoobee’s soft, hazy vocals provide a surprisingly spectacular contrast to the loud, booming guitars and angry drums that make an appearance in every song.

Even though the songs were all pretty similar, considering they all had slower tempos and intense beats, each tune brought something new to the table. The EP is filled with head-bopping, gloomy vintage tracks that will either make you want to sing along or get in your “feels.”

I was more than satisfied with Space Cadet. Listening to this EP felt like a cozy blanket wrapped around my shoulders late at night in the chilly fall: warm, fuzzy, and slightly nostalgic. I am blown away by this talented, blue-haired indie rock sensation. Beabadoobee has captured my attention, and I look forward to seeing what else she is capable of.

In 2017, Beabadoobee posted her first single “Coffee” on YouTube and Spotify, which landed her a record deal with Dirty Hit, after getting offers from multiple other labels. In March 2018, she released her debut EP Lice, followed by her second Ep Patched Up that December.