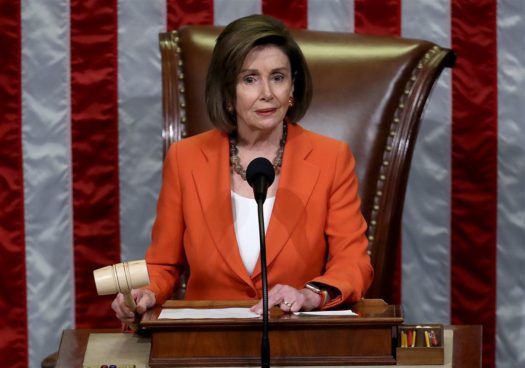 The house, with a vote of 239 to 196, adopted a resolution laying out a formal framework for an impeachment inquiry. The vote was deeply partisan, with only two democratic defectors.

This is the third time such a vote has occurred against a sitting president.

This comes after months of urging from house speaker Nancy Pelosi to proceed slowly and cautiously. During the vote, she delivered a dramatic reversal of her earlier position on impeachment, saying that “what is at stake in all of this is nothing less than our democracy.”

The strong vote margin, as well as the small number of Democratic defectors, paint high hopes for a successful impeachment. They also indicate a marked shift in how democratic positioning: democrat lawmakers are no longer interested in appealing to moderate voters.

The resolution includes a provision releasing the transcripts of closed-door impeachment depositions that have previously occurred, and it says that new depositions will be public. This is good because it will allow for transparency in the impeachment inquiry. Everything discovered will be public. This means that, even without an actual impeachment, the political effects of the inquiry in the 2020 election will be inescapable.