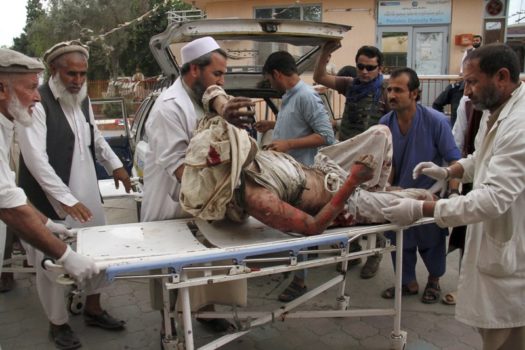 An explosion tore through a mosque in Afghanistan as worshippers gathered for Friday prayers; the explosion caused the roof to collapse and killed 62 worshippers. The attack highlights the high number of civilians dying in the country’s war, which is nearing the two-decade mark. Attahullah Khogyani is the spokesman for the governor of Nangarhar Province, which was where the attack occurred. He said the militant attack wounded 36 people. He said it was not immediately clear what type of bombing destroyed the mosque, whether it was a suicide bomber or some other type of bomb.