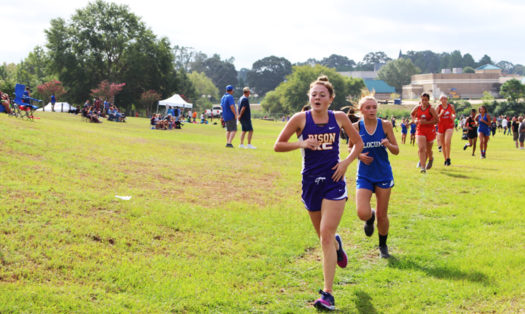 ▲
Senior Maddie Bates keeps a steady pace as she heads to the finish line.
bates

▲
Senior Maddie Bates keeps a steady pace as she heads to the finish line.
bates

With the end of the regular cross country season just ahead, the runners hoped that their hard work would pay off and they would move on to regionals. Senior Maddie Bates finished in the top 10 and will compete at regionals.

“We have been waiting and working hard for this meet,” junior Fransisco Saldana said.” This is the most important race of the year and we didn’t want it to be our last.”

They had already competed with the district opponents in previous races and held their own. They faced teams from Groesbeck, Teague, Westwood, Crockett, Frankston and Elkhart.

“We all knew how these runners ran and we had our person to pace with and who we were supposed to beat,” freshman Brandon Almeida said. “I beat three people that I had to and I beat them by a lot, and for that I was proud of myself.” 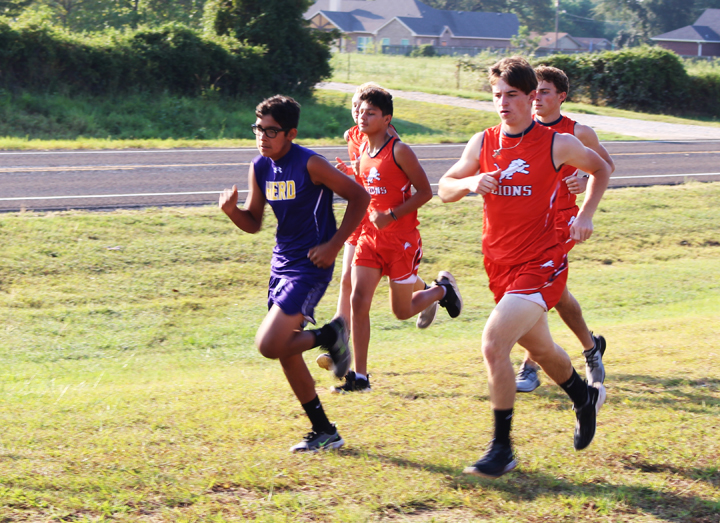 Freshman Brandon Almeida did not advance to regionals but was pleased that he met his personal goals for the season.

The girls’ team saw one runner advance: senior Maddie Bates, who ran 2 miles in 14 minutes and 24 seconds, beating all of her previous race times. This was her personal best this season. She made it to the top ten, placing eighth overall.

The boys’ team had no one advance. Sophomore Richard Renteria was close but missed it by two places. He ran a 20:14, running 3.2 miles.

“I went all out this meet; missing it by two places makes me mad and makes me wish I would’ve pushed harder at the end and caught up to those two runners,” Renteria said. “But I improved my time, and I at least made it in the top 15. I didn’t reach my goal and yes, I was upset, but I improved so much this year and I am coming back in track and for next cross country season.”

The team had many seniors, including Brandon Renteria, Joel Avalos, Josh Rodriguez and Maddie Bates. With this being their last district cross country race, last cross country season, and, except for Maddie, race in general, it didn’t sink in until after the race.

“I didn’t connect that this was my first and last year running cross country,” Rodriguez said. “It was when I was crossing the finish line I realized that was the last finish line I’d cross as a high school cross country runner, and that hit me hard.”

Both teams ended the season with a huge improvement from their previous years.

“Although we only have one advancing to regionals, to me all that matters is that this team of young ladies and men improved drastically from last year and each race they beat their times,” coach Dustin Bates said. “I am beyond proud of each and every one of these kids and I am so glad I got to have this first-time experience of coaching cross country.”