Netflix movie is perfect for a teen audience 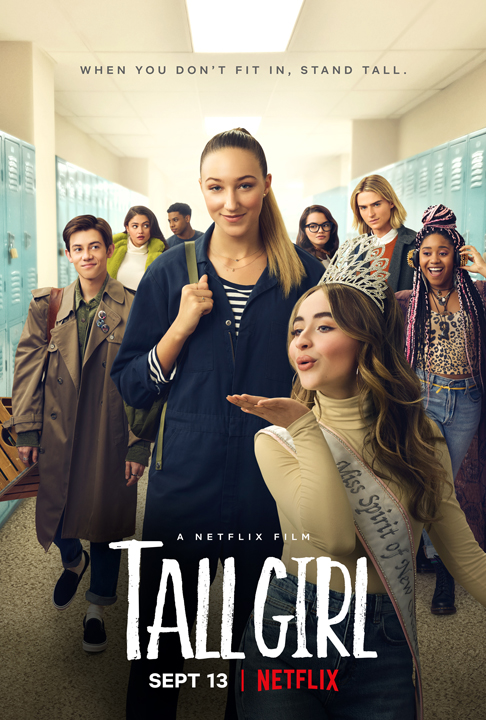 Tall Girl is a Netflix film about high school teenage girl, Jodi, who is 6’1” and is constantly bullied for being the tallest girl in their school and for not being like the rest of the girls. No guy has ever paid attention to Jodi because she has always been taller than all of them. Jodi’s parents always thought that she had some kind of sickness, because even in the first grade she was taller than all of her other classmates, but every doctor they went to told them nothing was wrong with their daughter.

Jodi falls in love with the transfer student from Sweden and gets a makeover, but soon she finds out that the transfer student is dating one of the popular girls. She realizes at some point that she was just so happy to see a guy who was taller than her that she let herself fall for him too easily..

The cast of Tall Girl includes Luke Eisner as the transfer student from Sweden, Sabrina Carpenter as Jodi’s older sister, Griffin Gluck as Jodi’s best friend since they were younger, Paris Berelc as the “mean girl”, Ava Michelle as Jodi, Steve Zahn as Jodi’s father, and Angela Kinsey as Jodi’s mother.

The Netflix film Tall Girl was released on September 13, 2019; the director is Nzingha Stewart with the film written by Sam Wolfson. Teenage girls who love romance (with a little bit of comedy thrown in) are the perfect audience members.