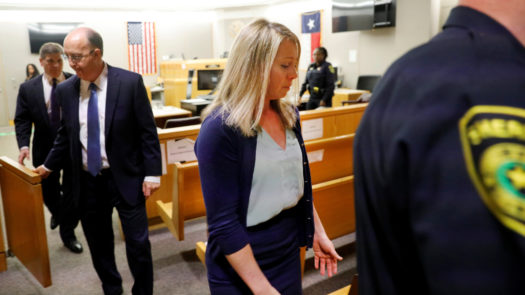 Amber Guyger, the former Dallas police officer who killed Botham Jean in his apartment last year, received a 10-year sentence. She will be eligible for parole in five years.

Guyger did not testify in the sentencing phase of her trial but will have the opportunity to appeal her conviction. The incident, in which Guyger shot and killed Botham in his own home after, according to her own claims, entered it instead of her own my mistake, has been much reported-on and discussed since it took place in September of last year.

Protesters blocked traffic near the courthouse for several hours on Wednesday night. One person who refused to clear the roadway was arrested.