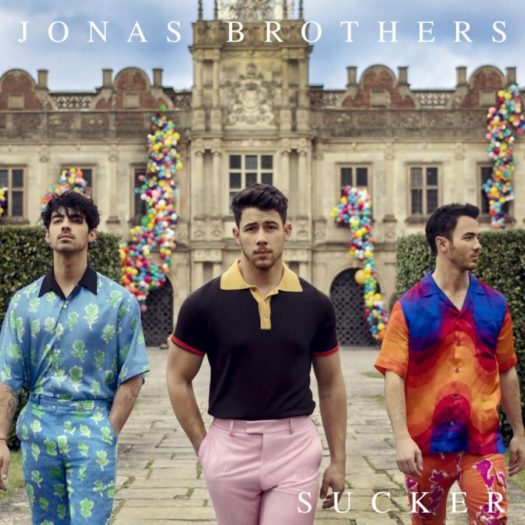 Sucker by the Jonas Brothers was released on March 1. After six years apart, the trio of Nick Jonas, Joe Jonas and Kevin Jonas reunited. In the United States, “Sucker” debuted at number one on the Billboard Hot 100 and the US Hot Digital Songs chart, with 88,000 copies sold in its first week.

This song is saying that their all suckers for their wives. It’s full of pop hooks and pops of falsetto, handclaps, and a bass riff that guides the verses. There’s a lot going on, musically, but it doesn’t overtake the sounds of the brothers belting out the lyrics.

The music video premiered the brothers with each of their significant others. The video hit the number one pop video and won an MTV Music Award. This number-one hit is perfect for any age to listen to and almost makes up for the six-year drought that the group put their JoBro fans through.