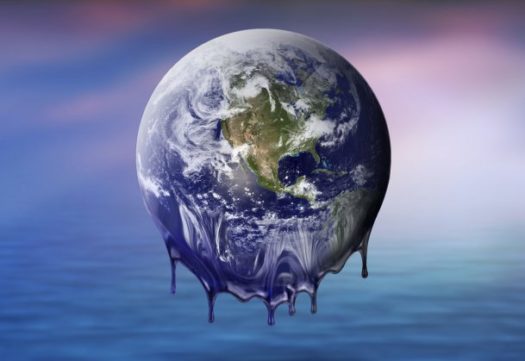 A CBS News poll Saturday found that two-thirds of Americans feel that climate change “is either a crisis or a serious problem.” The majority of those people also want “immediate action to address global warming and its damaging consequences”

However, 44% of those polled don’t believe the change is a result of human activities.

This is strange given that the scientific community has held a consensus on the issue for decades: human carbon production is the primary driver of climate change. In fact, the information has been there for more than a century. A Swedish scientist first calculated in 1896 that adding carbon dioxide to the atmosphere could lead to warmer global temperatures. By the 1930s, scientists were measuring the increase, and in the late 1960s, they had documented the impact of melting ice in Antarctica.

The denial of the public of their responsibility is likely, at least in part, a result of decades of deliberate misinformation from the fossil fuels industry. In 1990, Exxon released a report saying that the effects of climate change were “too murkey to warrant action” while simultaneously accounting for the effects of climate change in its plans for future Arctic drilling operations.

Whatever the reason for the misunderstanding, there’s little time to waste. The effects of climate change will soon be irreversible. We are already suffering. Entire cities in India are running out of water. We watch videos of glaciers melting and collapsing on the web, and the harsh reality is that ice losses in Antarctica have tripled since 2012, meaning that sea levels are rising faster today than at any point in the past 25 years. Extreme weather events have disrupted crops and destroyed harvests in Latin America and Africa, changing migration patterns in those areas and forcing farmers to relocate, even sending climate refugees to the US and Europe. Eighteen of the 19 warmest years ever recorded have occurred since 2000. The last five years have been the hottest since record-keeping began in 1880. The temperature reached a record-breaking 90 degrees in Anchorage this summer and an unprecedented 108 degrees in Paris.

It’s not impossible to fix the problem. It may be too late to completely reverse the damage we have done, but the planet can still be saved. Except we have to stop denying responsibility and start taking action. Complacency is simply not something that we can afford at this point.