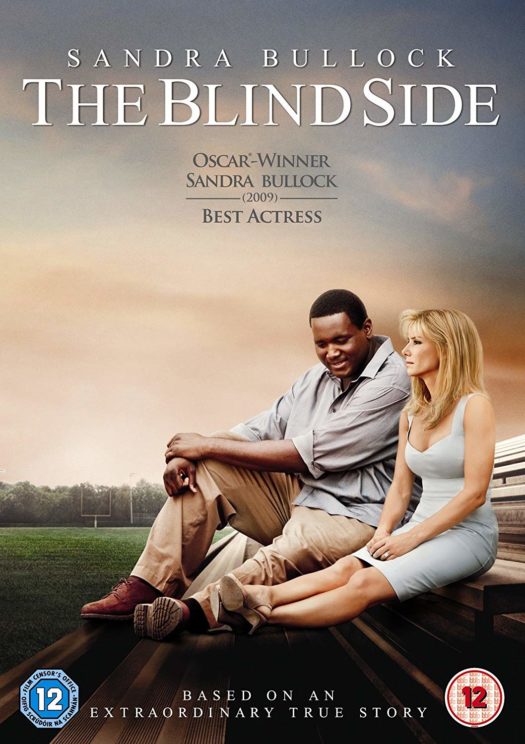 The Blind Side is a  PG-13 movie directed by John Lee Hancock that follows a teen named Michael, his adopted mother Leigh and his new little brother Sean. Michael was a homeless black teen who was very shy and had endured a lot in his life.

One day Leigh saw Michael walking; she stopped to pick him up, thinking he just needed a ride. When she found out he was homeless, she took him into her own home. Leigh’s son, Sean, was happy to have a big brother figure. Michael started school and began to play football. Struggling still, Michael worked through his problems to eventually play football in college and later be drafted by the NFL.