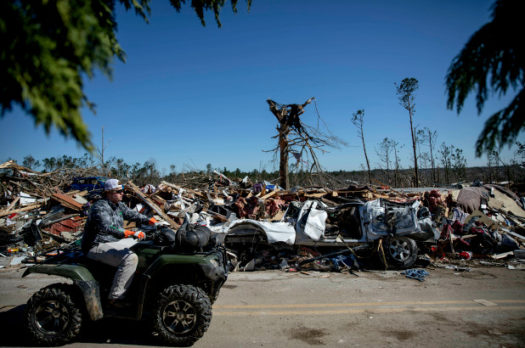 Destructive tornadoes tore through Lee County in Alabama, killing 23 people. Citizens were warned as little as five minutes before tornadoes struck. There were several warnings and updates as this catastrophe took place.

Death reports on Sunday were marked as the deadliest day of tornadoes Alabama has seen since 2011. Rescue and search teams looked for survivors among the destruction.  The tornadoes even affected parts of Talbotton, Georgia.