Baseball and softball spring into action 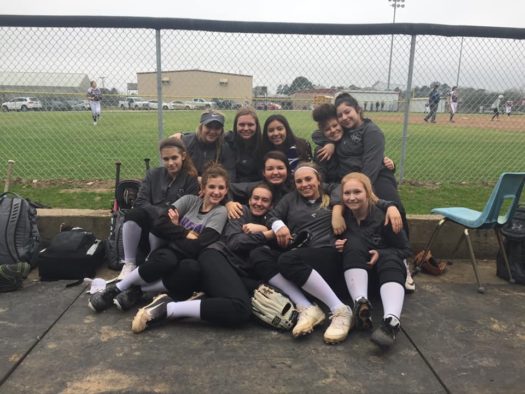 ▲
The softball girls have tackled two tournaments so far this season.
stone

▲
The softball girls have tackled two tournaments so far this season.
stone

“I’m really excited about this season starting,” freshman Emma Adams said. “I feel like we work very good as a team, and we all love the game.”

The softball team has played in two tournaments so far. The first home run of the season was hit by freshman Addison Lathrop.

“When I saw the ball go over the fence, I was very happy,” Lathrop said. “I really love and enjoy playing softball, and I can’t wait to play more games with the team.”

Many new girls that had never played softball before signed up to see what it was like. Most girls have absolutely loved and enjoyed it. Some even say that they will continue to play this sport until they graduate.

“This is my first year playing softball,” freshman Aryonna Coleman said. “I ended up really liking this sport, it has even become one of my favorites.”

When basketball season is done, those players will join the ball teams as well. Turnout this year is larger than in the past, and it appears that the team may be able to populate both a JV and a varsity team.

“We have good potential on the team so I believe we can go far and even make it to state,” freshman Madison Walker said.

The baseball boys had their first scrimmage on February 5 and have another one coming up this weekend. The boys have been working really hard and have been practicing for a while now. The scrimmage was only a practice game to help the boys see where they need help and more practice.

“I’m really glad and pumped up now that the season has started,” junior Josh Rodriguez said. “The scrimmage last week helped me see what I needed to work on and what I need the most help on”

The boys and girls games are coming up soon and they are all more than excited. They are working hard every practice and are giving it their all.